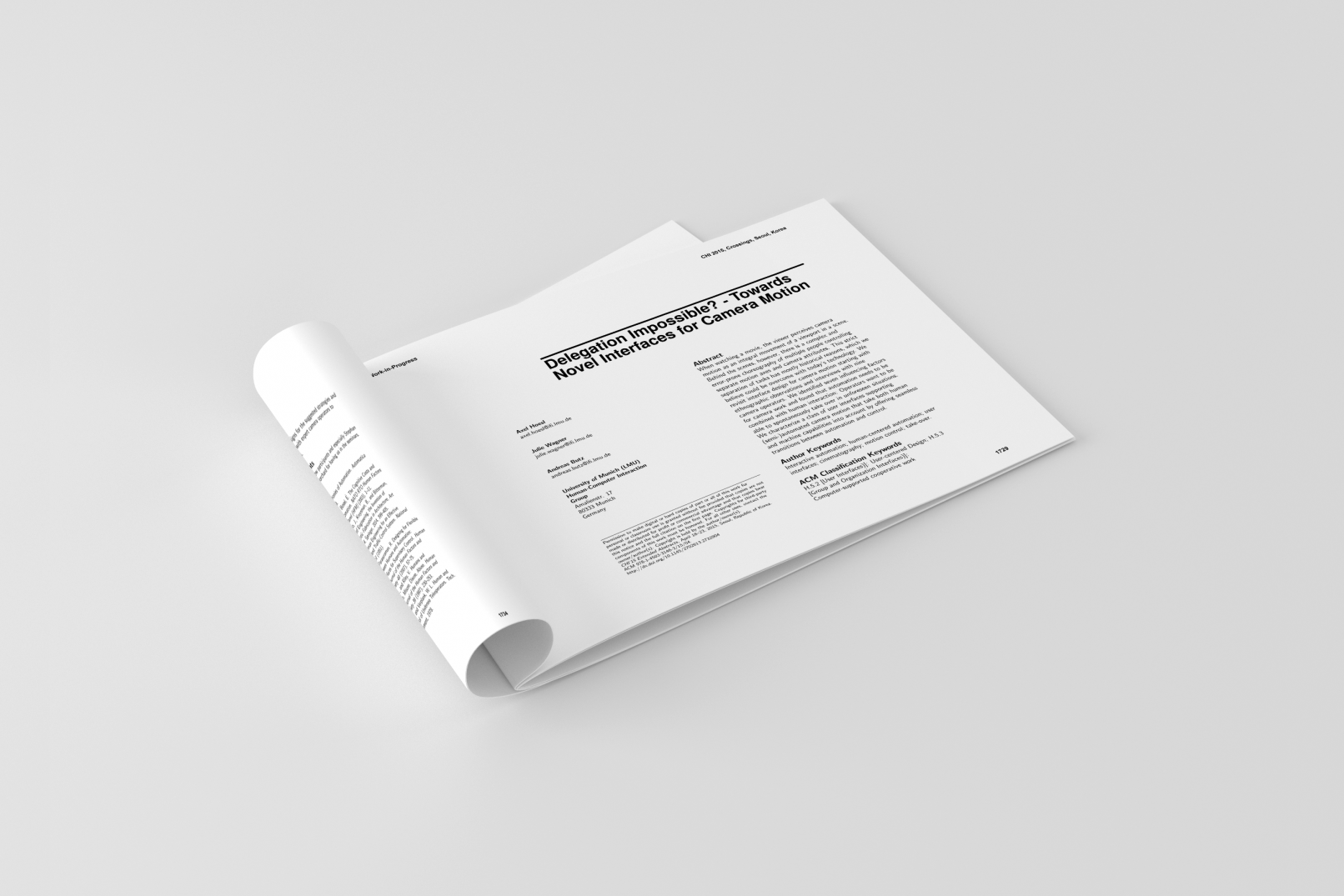 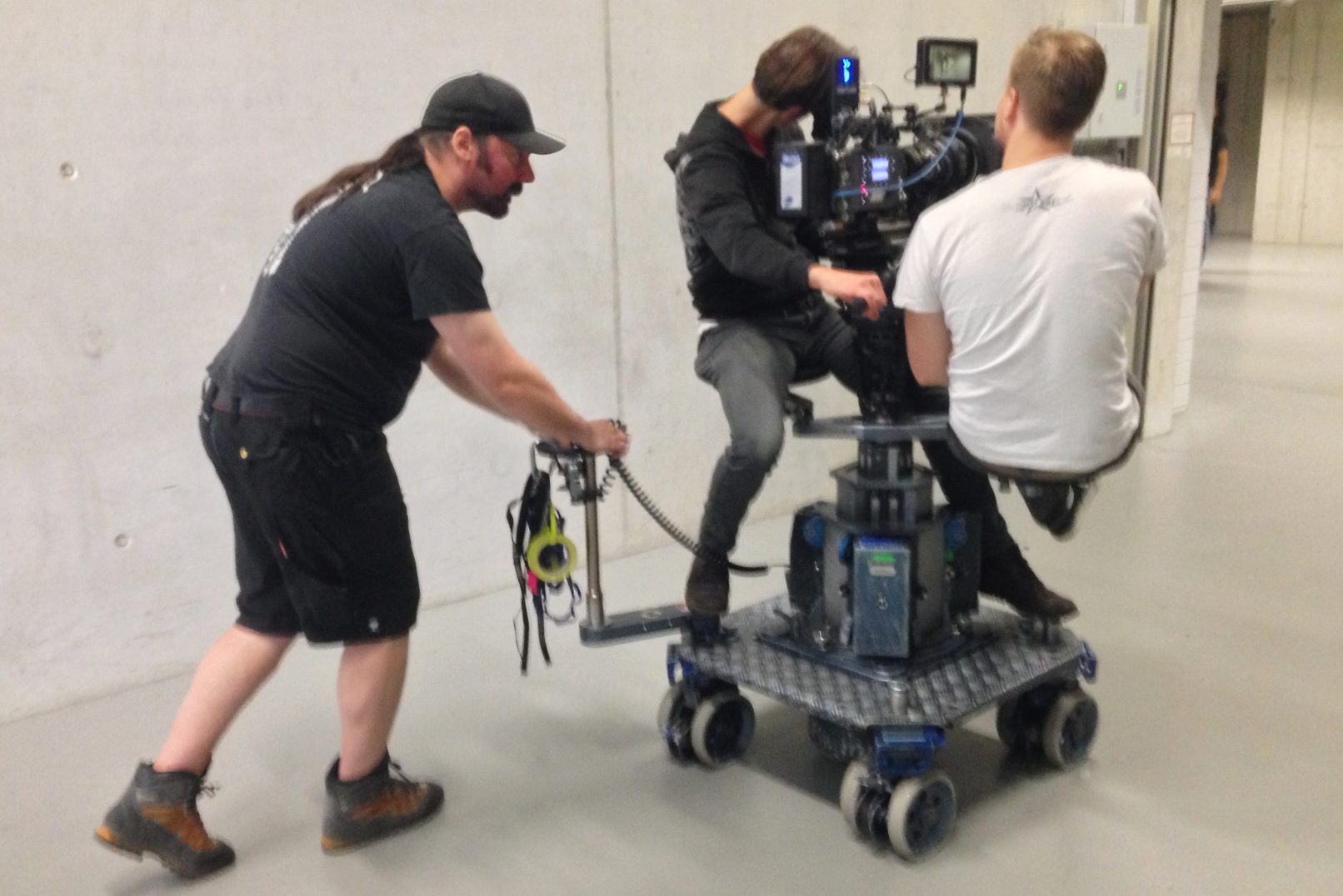 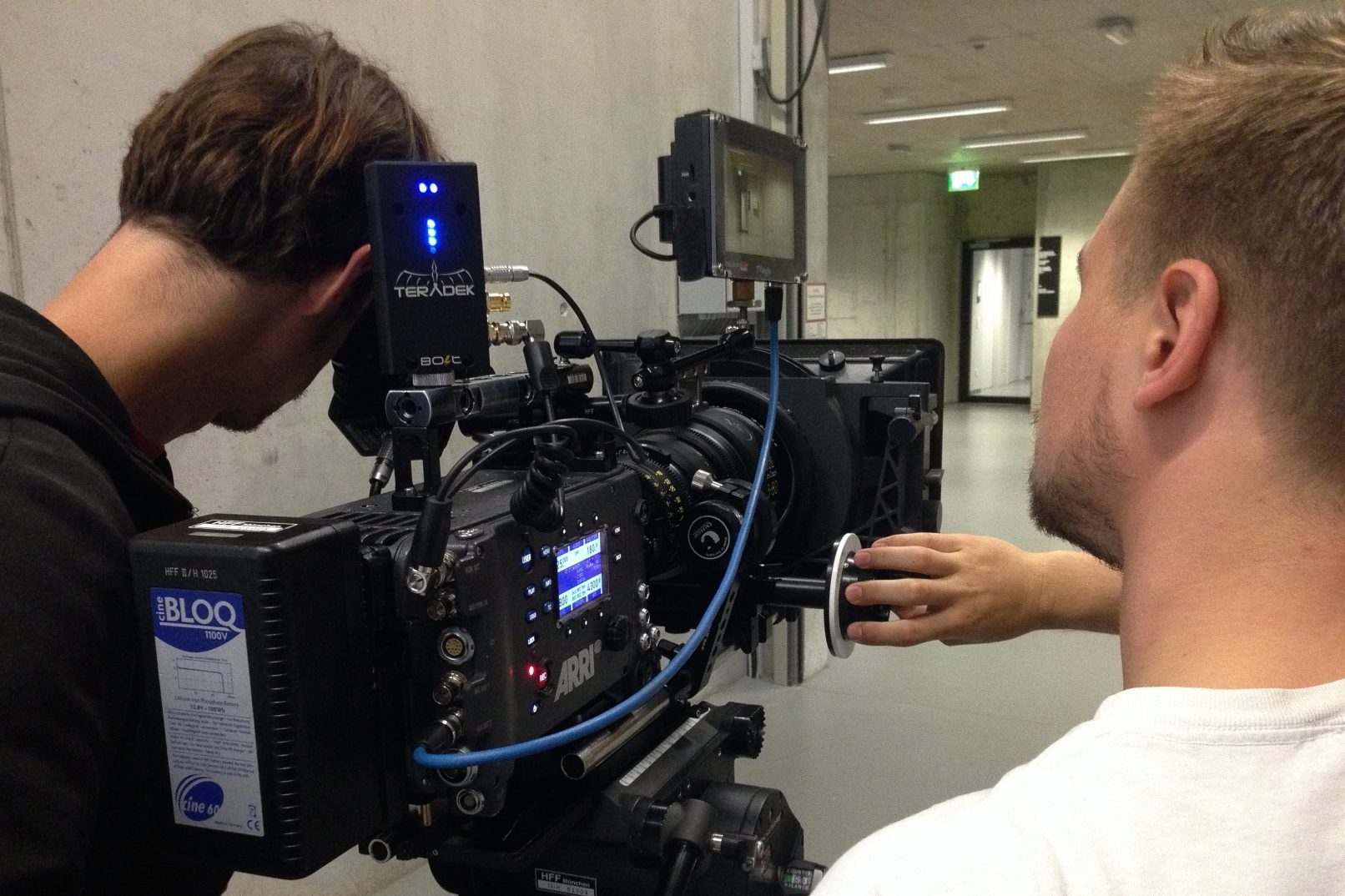 When watching a movie, the viewer perceives camera motion as an integral movement of a viewport in a scene. Behind the scenes, however, there is a complex and error-prone choreography of multiple people controlling separate motion axes and camera attributes. This strict separation of tasks has mostly historical reasons, which we believe could be overcome with today’s technology. We revisit interface design for camera motion starting with ethnographic observations and interviews with nine camera operators. We identified seven influencing factors for camera work and found that automation needs to be combined with human interaction: Operators want to be able to spontaneously take over in unforeseen situations. We characterize a class of user interfaces supporting (semi-)automated camera motion that take both human and machine capabilities into account by offering seamless transitions between automation and control.