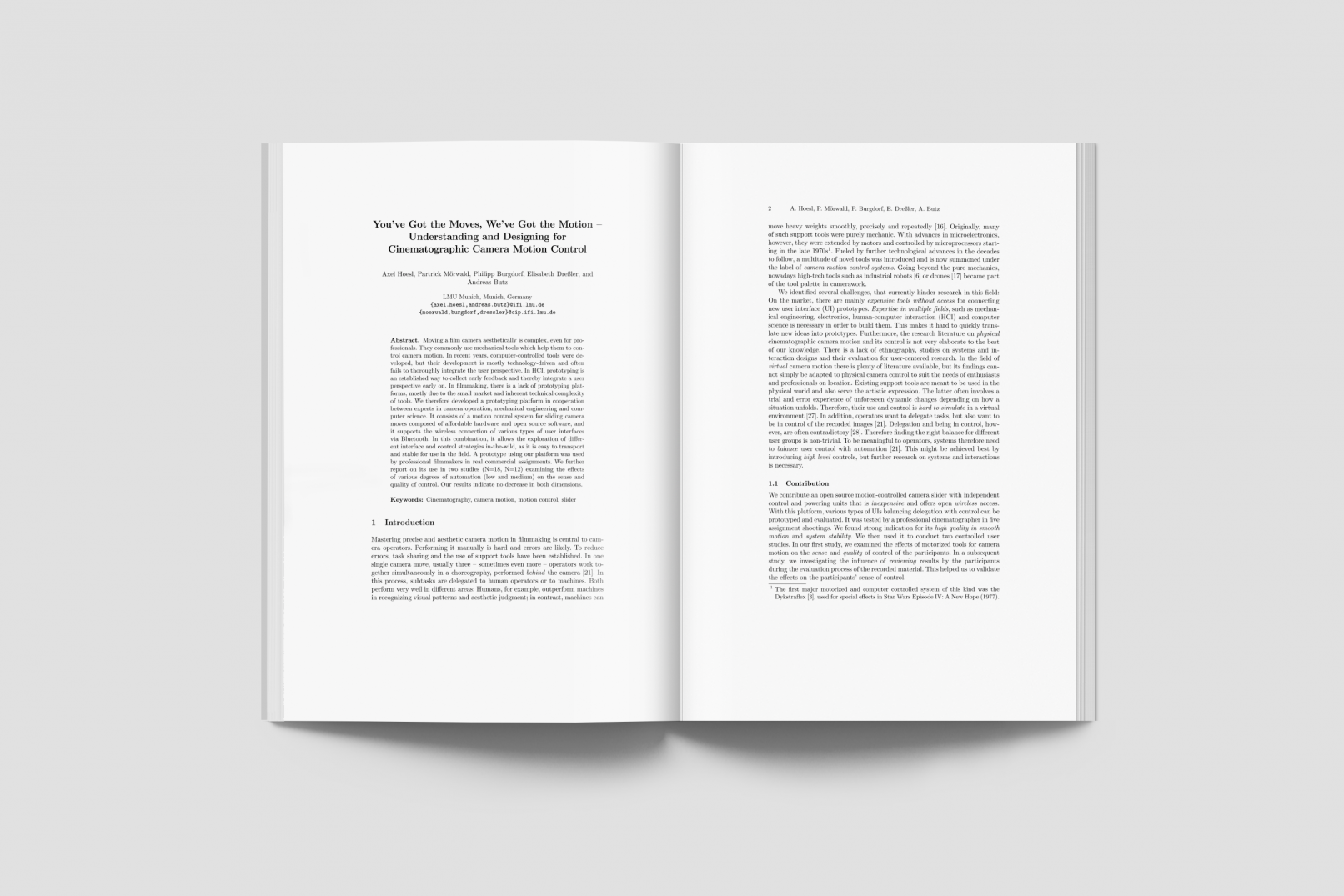 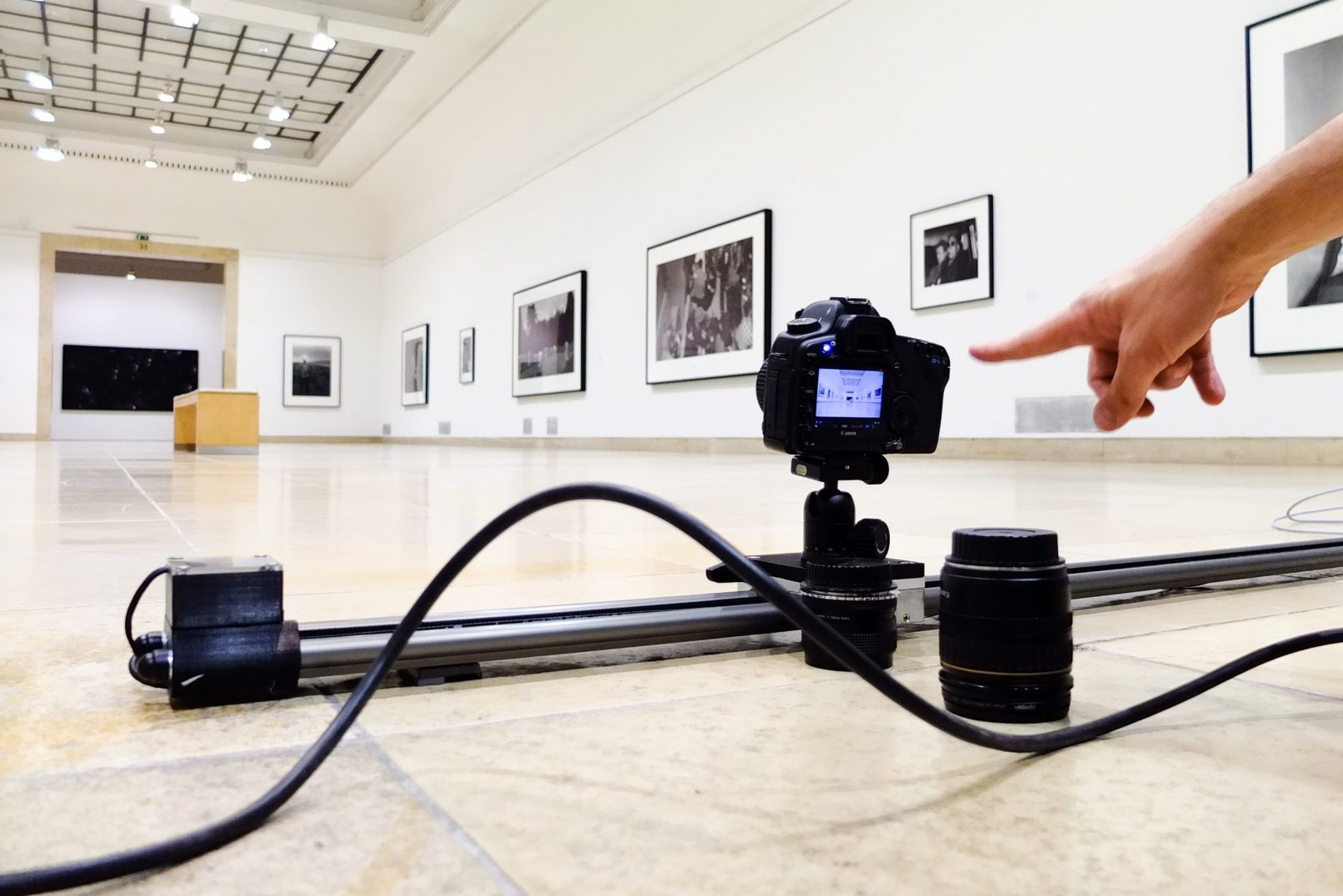 Moving a film camera aesthetically is complex, even for professionals. They commonly use mechanical tools which help them to control camera motion. In recent years, computer-controlled tools were developed, but their development is mostly technology-driven and often fails to thoroughly integrate the user perspective. In HCI, prototyping is an established way to collect early feedback and thereby integrate a user perspective early on. In filmmaking, there is a lack of prototyping platforms, mostly due to the small market and inherent technical complexity of tools. We therefore developed a prototyping platform in cooperation between experts in camera operation, mechanical engineering and computer science. It consists of a motion control system for sliding camera moves composed of affordable hardware and open source software, and it supports the wireless connection of various types of user interfaces via Bluetooth. In this combination, it allows the exploration of different interface and control strategies in-the-wild, as it is easy to transport and stable for use in the field. A prototype using our platform was used by professional filmmakers in real commercial assignments. We further report on its use in two studies (N = 18, N = 12) examining the effects of various degrees of automation (low and medium) on the sense and quality of control. Our results indicate no decrease in both dimensions.