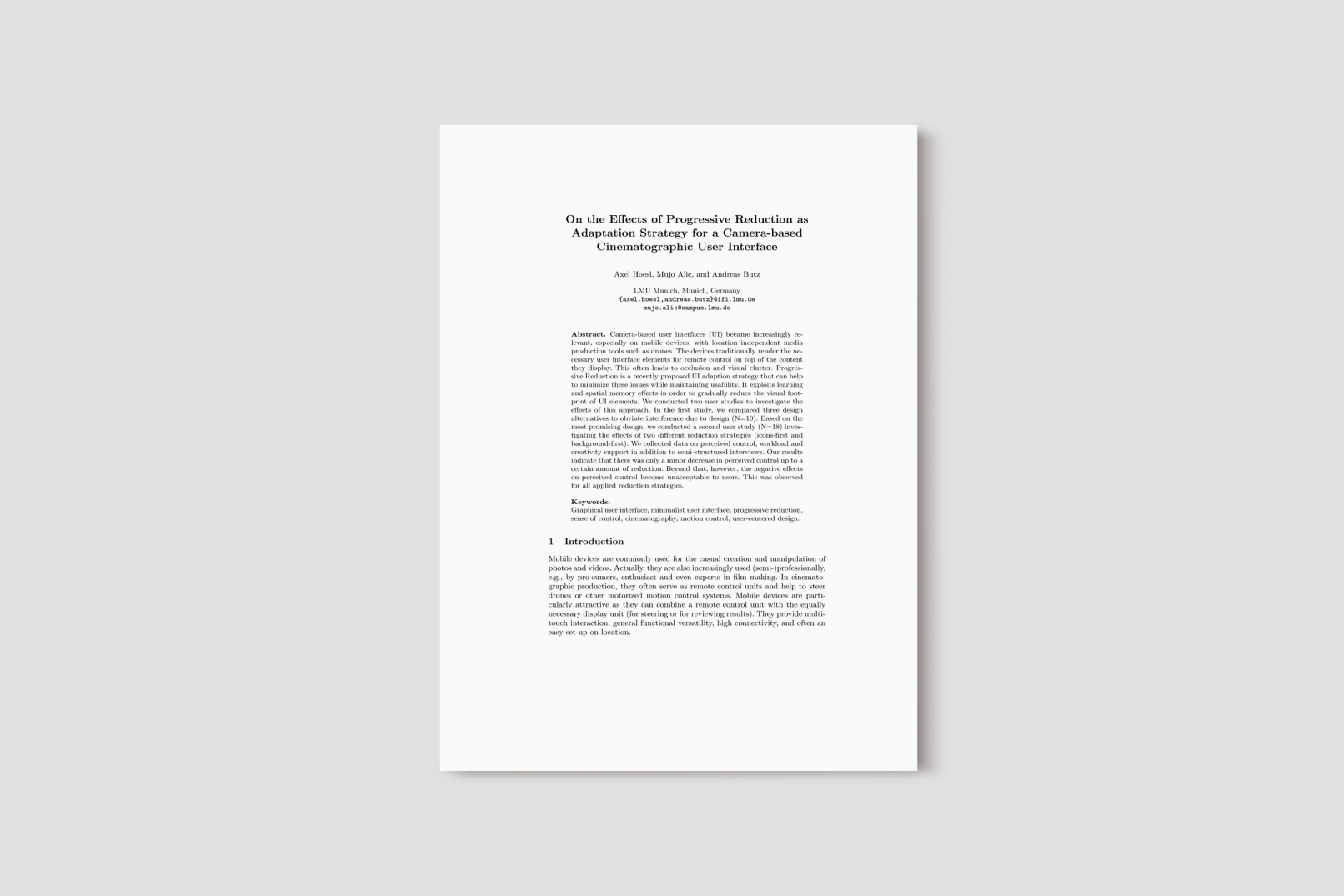 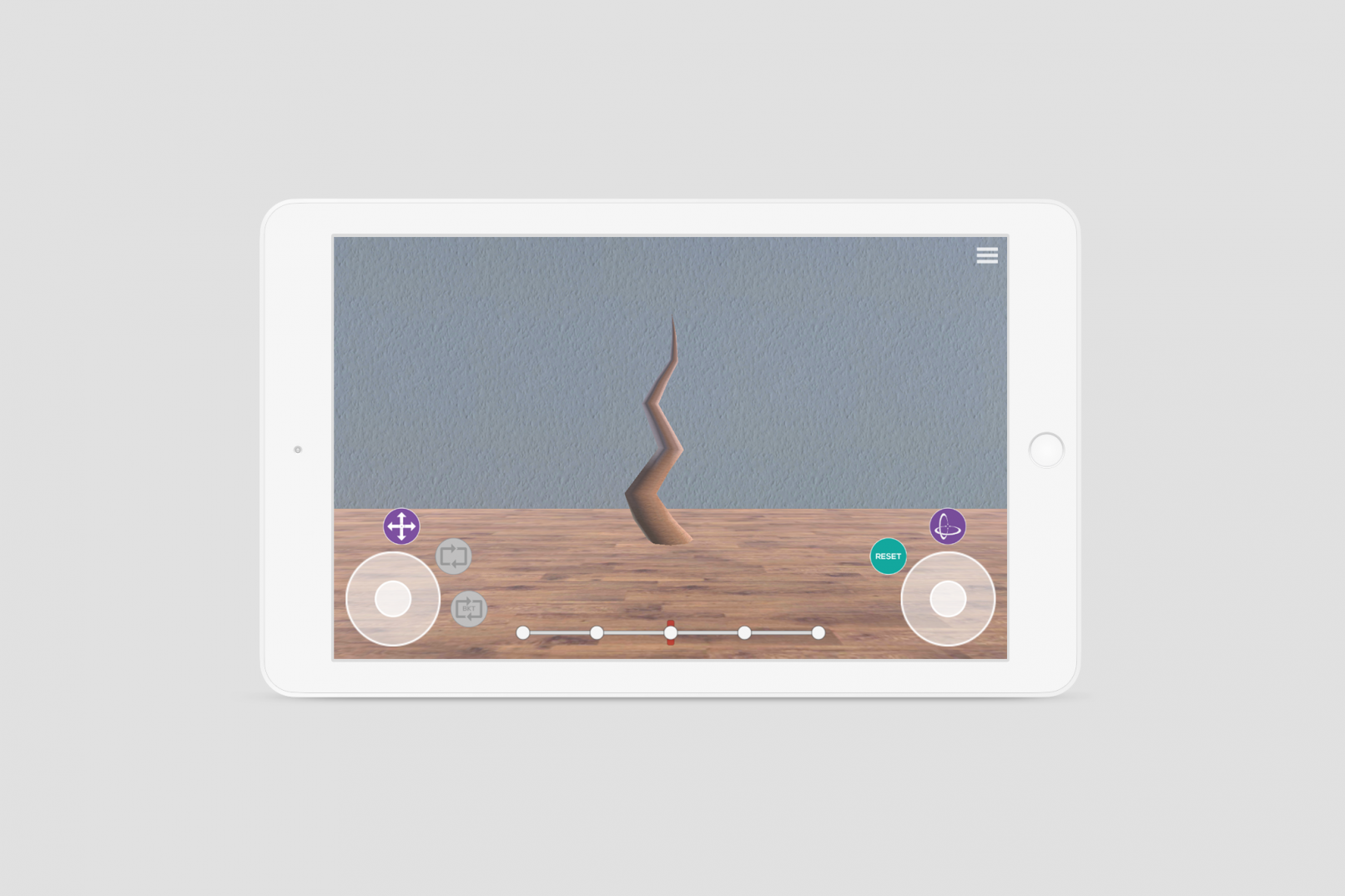 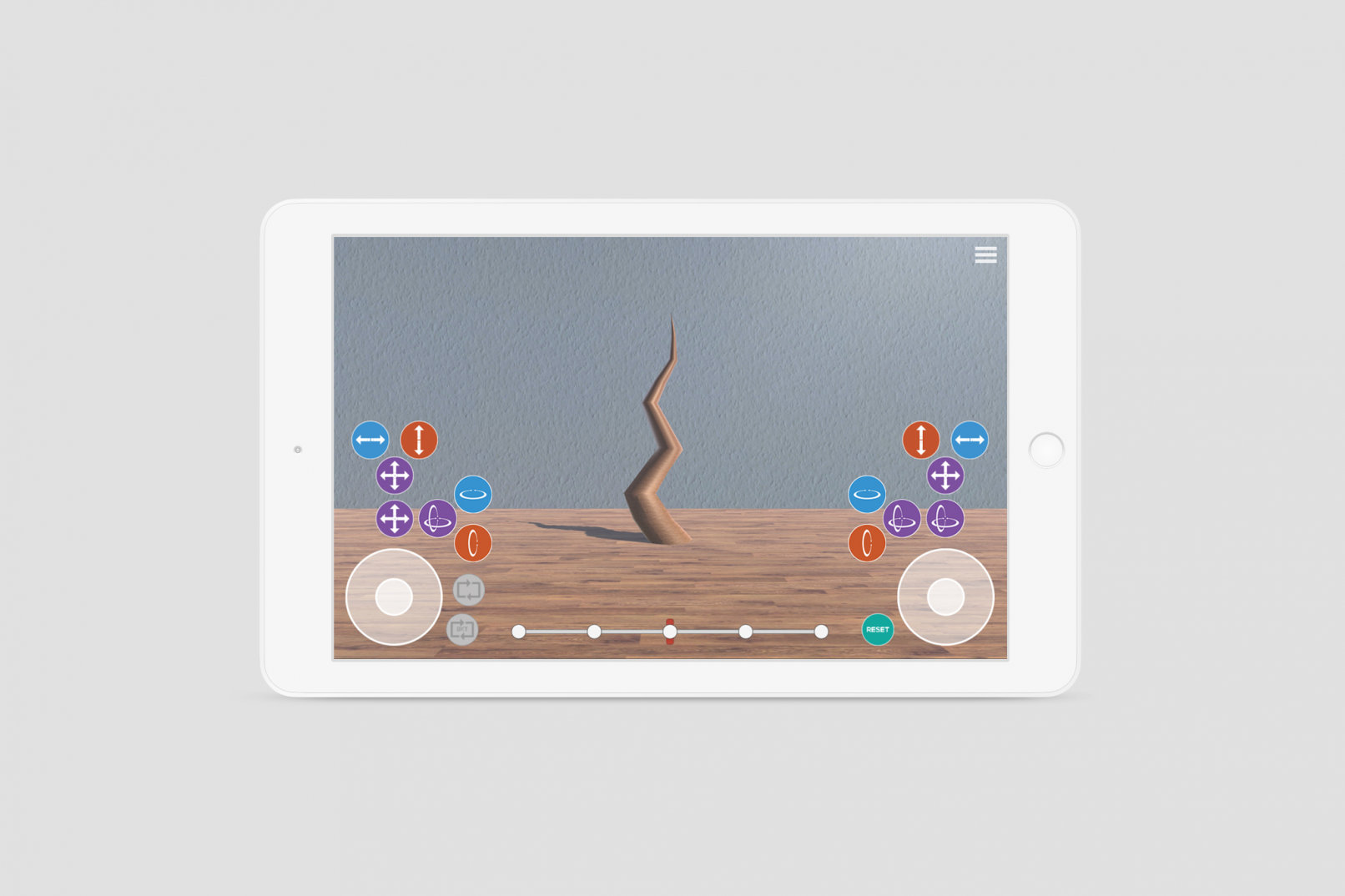 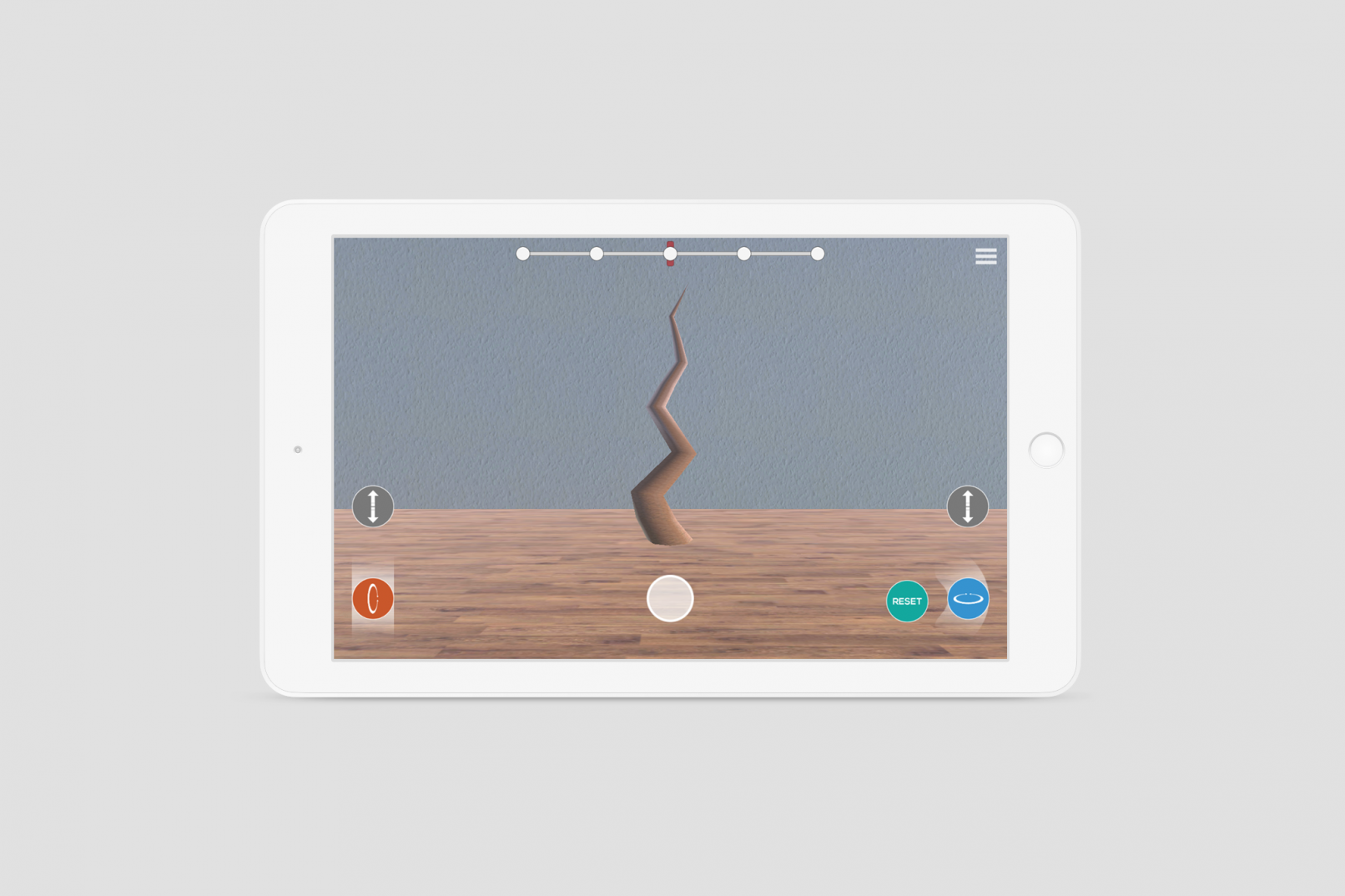 Camera-based user interfaces (UI) became increasingly relevant, especially on mobile devices, with location independent media production tools such as drones. The devices traditionally render the necessary user interface elements for remote control on top of the content they display. This often leads to occlusion and visual clutter. Progressive Reduction is a recently proposed UI adaption strategy that can help to minimize these issues while maintaining usability. It exploits learning and spatial memory effects in order to gradually reduce the visual footprint of UI elements. We conducted two user studies to investigate the effects of this approach. In the first study, we compared three design alternatives to obviate interference due to design (N = 10). Based on the most promising design, we conducted a second user study (N = 18) investigating the effects of two different reduction strategies (icons-first and background-first). We collected data on perceived control, workload and creativity support in addition to semi-structured interviews. Our results indicate that there was only a minor decrease in perceived control up to a certain amount of reduction. Beyond that, however, the negative effects on perceived control become unacceptable to users. This was observed for all applied reduction strategies.